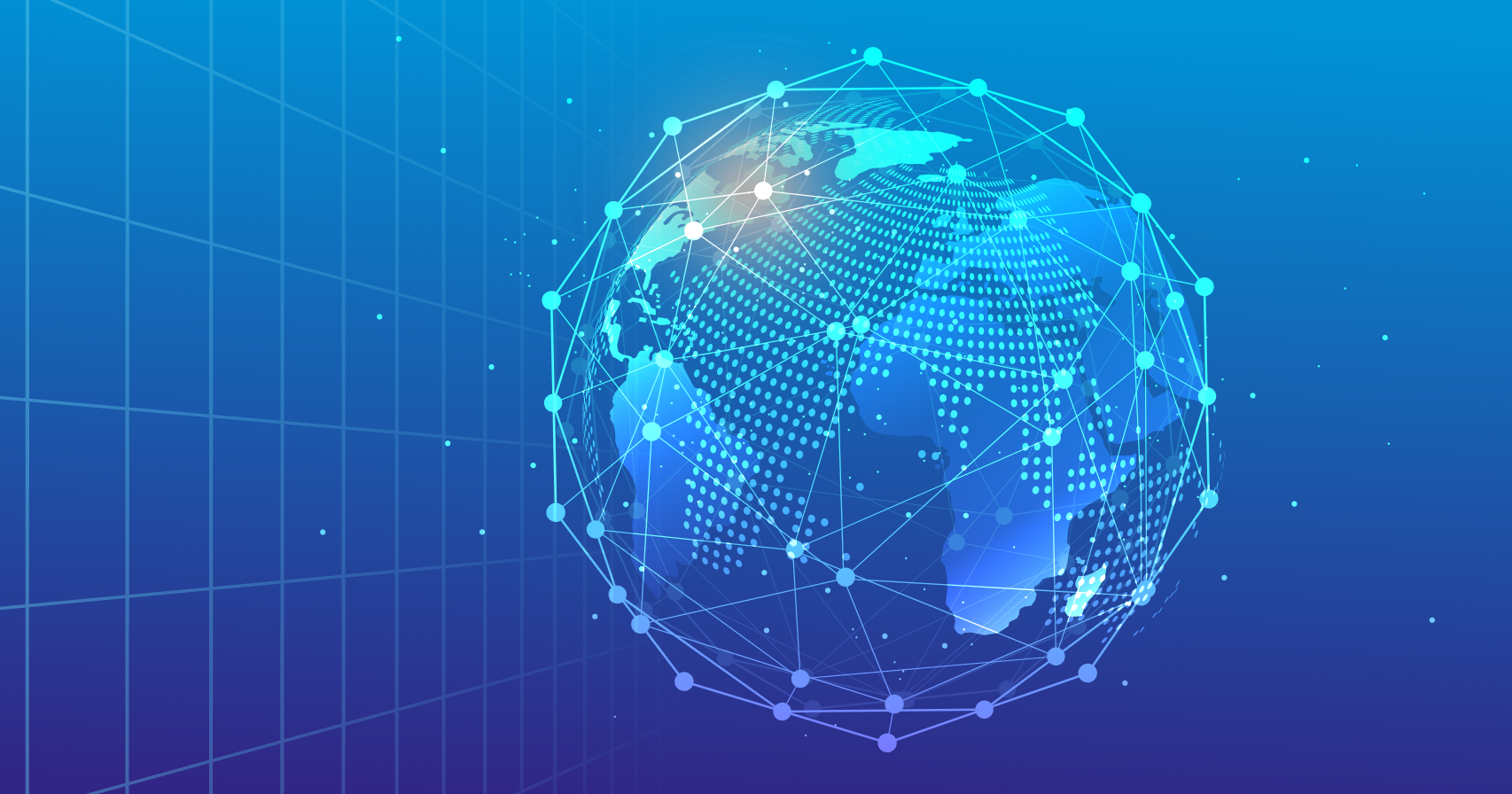 Will technology be able to stop climate change?

How much of trouble are we in?

Nearly every inhabited region on this planet has suffered the wrath of disasters relating to a weather, climate or water hazard. United Nations for Climate Change reported over 11 000 such disasters, resulting in over 2 million deaths and economic losses of over $3.65 trillion, globally, in the last 50 years.

Erratic weather patterns ranging from widespread fires in the Artic, drought and famine in Africa to devastating floods in Europe and North America, has been attributed to an average global warming temperature of just 1.1 degrees C over pre-industrial levels. The latest report from the Intergovernmental Panel on Climate Change (IPCC), an authoritative body on climate change, paints a damning picture. It is irrefutable: Human behaviour has caused the earth to heat up faster than initially predicted.  And if we do not act now, the world will reach, or at worst, exceed global warming temperatures of 1.5 degrees C within the next two decades- a whole decade sooner than anticipated.

So, what should we do? Global leaders are set to drive the race towards reducing Greenhouse Gas (GHG) emissions that largely contribute to increasing global temperatures. This year, the 26th Conference of the Parties will be held in Glasgow in the United Kingdom, where signatories of the United Nations Framework Convention on Climate Change (UNFCCC), will discuss and negotiate their respective country’s emission reduction targets for 2030 and associated actions that will limit global warming temperatures to 1.5 degrees C and below.

The digital age – Is technology our answer?

After COP26 is done and all signatories have committed to their ambitious emission targets, what is the next step? Target Setting is the relatively easy part. The difficulty, and what so many governments and companies get wrong, lies in quantifying, reducing and monitoring their emissions. The World Economic Forum encourages the use of technology to simplify this complex process, by suggesting an efficient, transparent and streamlined way of making sure we know what we are doing, why we are doing it, and how effective our actions are.

The most effective use of technology in stopping climate change, is its use in the carbon management process. This is a three-step process involving emission measuring and reporting, abatement, and offsetting.

What are our tech options to stop climate change?

The list of technology solutions to limit global warming is growing every year. We explore three of the more popular tech solutions that are currently in the market:

a) Internet of Things (IoT)

The Internet of Things (IoT) enables communication between electronic devices and sensors through the internet, in order to streamline and provide innovative solutions to some of the challenges faced by business, governments and public entities.

How does it help the fight against climate change? IoT is unique in its ability to provide efficient and effective responses to real-time fluctuations in the environment its used in. A study in 2015 found that the Information and Communications Technology industry (which includes IoT) could help “reduce greenhouse gas emissions by up to 63.5 gigatons, or 15%, across all industrial sectors by 2030.”

Despite cities covering less than 2% of the earth, overpopulation in cities has led to it accounting for almost three-quarters of the world’s carbon dioxide from global final energy use, as well as a significant portion of total greenhouse gas emissions. Green buildings can leverage off the efficiency of IoT as it provides real-time data to improve building’s facilities costs.

There is much scope for the use of IoT in smart cities. It can be used to improve efficiencies in water supply, reduce congestion time in vehicles, and also implement energy-saving measures by facilitating remote working (which is increasing in popularity since the start of global lockdowns), and monitoring levels of waste and pollution.

Once it is extended across geographic regions, industries and residential homes, the environmental and cost-savings benefits of IoT will be realised.

Emissions-free transportation and energy production are high priority areas in the fight against fossil-fuel reliance and its infamous effect on global warming. Battery operated electric vehicles have largely dominated the alternatives market, but it comes with its own set of challenges, which include an inadequate supply of charging stations, battery inefficiency and the lack of dependable and affordably electricity supply.

Relying on battery electric vehicles alone is not the only solution to a cleaner way of life. José Muñoz (COO of Hyundai Motor Company) suggests a diversified approach involving multiple forms of alternative fuels. One of which is Hydrogen.

As the most abundant element in the universe, Hydrogen is gaining much momentum in its application within fuel cell technology.  Fuel cell systems generate electricity using hydrogen, and their only emission is water vapor. But it does come at an expensive price.

“Blue hydrogen”, produced from natural gas paired with carbon capture and storage, costs between US$5 to 7 per kg in the US, and $7 to 11 in Europe and Australia. Green hydrogen produced through electrolysis using renewable power costs US$10-15 per kg, depending on availability.

Whilst economies of scale are yet to be reached, there has been an encouraging increase in the number of countries that directly support investment in hydrogen technologies, along with the number of sectors they target

Why the growing interest and investment? There is a myriad of benefits of “hydrogen power”, ranging from energy storage to use in vehicles.

It releases more energy per unit of mass, allowing even heavy vehicles to cover longer distances without refuelling. As such, automotive giant, Hyundai has started exporting the Xcient Fuel Cell, the world’s first mass-produced fuel cell heavy-truck, and plans to spend a further $6.7 billion to produce 700,000 fuel cell systems annually by 2030, creating more than 50,000 jobs.  Toyota and Honda have also set the wheels in motion in its drive towards hydrogen technology.

Hydrogen power is fast becoming an alternative source of renewable energy. And combined with solar and wind technologies, such alternatives could lead the way for society to lessen its reliance on resource-sapping fossil based fuels.

The increase in population and lifestyle demands have led to a staggering increase in the amount of waste generated. The World Bank (2018) has projected that by 2050, 3.4 billion tonnes of waste will be generated globally. That’s a 70% increase from 2016 levels. Presently, just 19% of waste is reused or recycled, whilst 37% is landfilled and 33% dumped illegally. The remaining 11% is incinerated.

Besides the obvious land space issues, environmental hazards and human health concerns, landfilling results in the release of significant environmental pollutants, including carbon dioxide and methane, as the waste decomposes.

This is a major problem in developing countries, which, in the recent past, has been the dumping ground of the world’s waste (Read: Do you know where your waste actually ends up?).

The United Nations Environment Program (UNEP) estimated sustainable waste management can result in a reduction of 15-20% of global greenhouse gas emissions. One of the pivotal solutions to solving concerns around landfill airspace, illegal dumping, pollution and emissions from disposal is Waste-to-Energy (WtE) plants, which is “the generation of energy, in the form of heat and electricity, from the processing of waste.”

WtE plants have popped up in several developed nations, such as Japan, Norway and the Netherlands. The Twence WtE plant in the Netherlands processes over 830,000 tonnes of waste, generating 405000 MWh of electricity and 1.5 million GJ of thermal energy for district heating and the Klemetsrud facility in Norway generates enough electricity and heat to supply 40,000 homes.

WtE plants aren’t a straightforward solution. As with typical incineration processes, CO2 is a by-product, and capture technology is required to ensure that these emissions are not released back into the atmosphere. Carbon capture and storage (CSS) technology provides a way forward for WtE plants to reach negative CO2 emissions. CO2 concentrations vary in WtE facilities as it depends on the specific materials present in the MSW being combusted. For example, plants processing MSW containing high volumes of plastic and low volumes of paper (through diversion to recycling) will resulting in increased heat content and also increasing the net CO2 emissions from the plant.

The Klemetsrud facility in Norway has successfully completed its CSS pilot phase and anticipates to capture 400,000 tonnes/year of CO2 when it is operating at full scale, which is equivalent to around 90% of total CO2 emissions. The captured CO2 will be transported to an onshore storage area in western Norway, before being injected via pipelines into a permanent storage reservoir offshore. The success of this project led to the decommission of its coal-fired boilers.

The time to act is NOW

The last decade has been the warmest on record. Unless we take drastic action and reduce GHG emissions, Earth is at great risk of experiencing a surge of heat waves, food shortages and even mass extinctions.

As pioneers in waste and property tech solutions, Don’t Waste appreciates the use of technology in staving off climate change. Since we are treatment agnostic, we’re able to find innovative solutions to meet our client’s needs. Our systems have been developed to support our client’s journey’s towards net zero, providing world-class advanced reporting, consultancy services in zero waste projects, and monitoring environmental savings from the utilisation of various technologies, in so doing, providing valuable insight for the laborious task of target setting.

Once the targets have been set, it is imperative that organisations start monitoring carbon savings to ensure that they are on track to meet these targets. At Don’t Waste, our clients are able to easily monitor and report on their environmental savings generated from their recycling and avoidance activities in live time, through our advanced CEP portal.

The use of technology alone is not a silver bullet to fight climate change. We’ve seen in all the innovations discussed above, that a collaborative effort between private, public, and government agencies is a necessity.

It is our hope that COP26 will be the catalyst in which enabling policies, provision of funding mechanisms, and incentives to implement new technology will come to the fore and encourage industries and governments to take immediate action.

#DontWasteTime, there is no planet B.