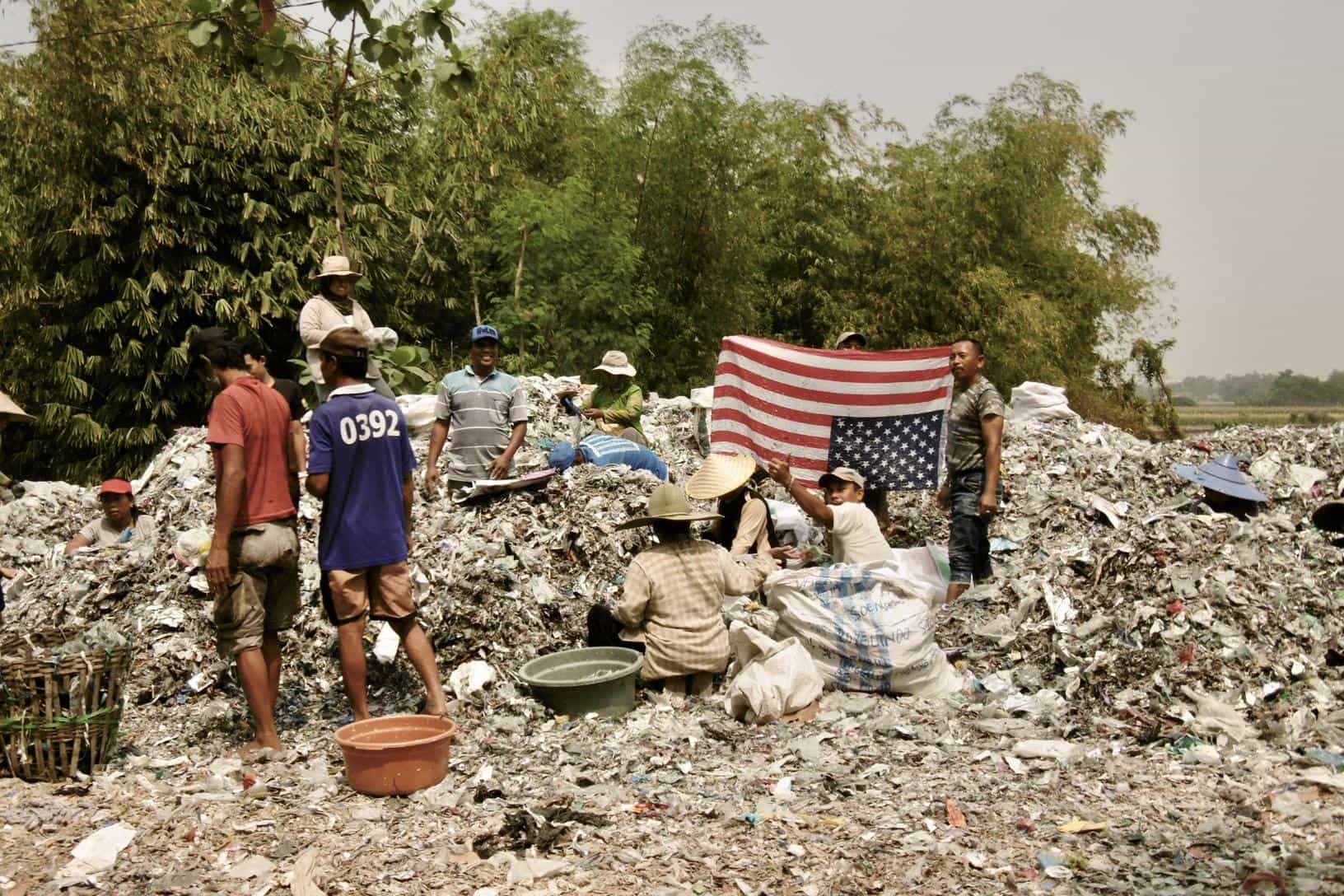 Do You Know Where Your Waste Actually Ends Up?

As of 2020, more than two billion tons of waste has been generated globally. By 2050, this number will increase by 19% in developed countries and by 40% in developing nations. The pertinent question is: where does this waste go to?

China defends its ports with the National Sword

It became a global trend for wealthy countries to send unwanted containers of waste to the ports of Asian countries, due to their relaxed or even non-existent regulations on waste management. However, China shook up the global recycling market in 2018 with its National Sword Policy, effectively banning unsorted plastic and other waste grade imports (Read China “Reconsiders” Foreign Waste- Is There Hope For Global Recycling Markets?), in an attempt to remedy the environmental and social impacts caused by the imports of contaminated waste- most of which could not be utilized in its recycling industries.

The China ban led to developed nations diverting its trash to south-east Asian countries such as the Philippines, Indonesia, Vietnam, and Malaysia. Greenpeace South East Asia reported that between 2016 and 2018, ten countries within the southeast Asian community saw a massive 171% increase in plastic waste imports: from 836,529 tons to 2,265,962 tons.

Out of sight, out of mind

In Indonesia, like many other developing nations, only large urban areas have organized waste collections. The rural areas bear the brunt of non-existent waste management systems, and now face the additional burden of imported contaminated waste. Poor communities work on the landfill sites, extracting what little recyclable material there is with most of the remaining waste burnt in giant heaps. Locals believe by burning it, they are effectively dealing with the growing mounds of waste.

Out of sight perhaps, but its toxic dioxin-laden fumes and deposits pollute the air and water bodies for decades.  Biologists in Indonesia are concerned about the damaging impacts of the toxic deposits and micro plastics dumped into the Brantas River, on its aquatic life and ecosystems.

New regulations to clean up western waste: Prior Written Consent.

Over-burdened countries started to push back. Malaysia, Indonesia and Thailand have famously sent contaminated waste back to the respective countries of origin. This act of defiance was significant, as it showed the world that developing countries would no longer serve as the dumping ground of the world’s waste.

In May 2019, during the Conference of the Parties to the Basel Convention, 187 countries agreed to considerably restrict the international trade in recyclables and contaminated waste, to remediate the illegal and improper disposal of waste and its leakage into the environment. The Basel Convention, signed in 1989, is an “international treaty that aims to protect human health and the environment against the adverse effects of hazardous wastes.”

Effective from January 1st 2021, transboundary shipments of most recyclables and waste will be controlled, or regulated, for the first time under a treaty called the Basel Convention on the Control of Transboundary Movements of Hazardous Wastes and their Disposal. Moving forward, international shipments of most plastic scrap and waste will be allowed only with the prior written consent of the importing country and any transit countries.

Impact of the new regulations

Less industrialized countries view imported waste as raw material feed for their extensive production industries. Unfortunately, unscrupulous companies in western societies viewed it as an opportunity to get rid of harmful waste, causing serious environmental and human health issues in those countries.

Developing nations struggled to fight for their right to a healthy environment, with its poorest populations being forced to work in several new landfill sites that have mushroomed since the China ban. Whilst these conditions existed prior to the ban, they have since been exacerbated by the desperation of wealthier countries to keep their cities clean.

With the new amendment, the transboundary movement of contaminated waste will be strictly monitored. The amendment placed particular emphasis on the various types of plastic waste, which would otherwise find itself at the bottom of the oceans. The plastic waste exported is usually more hazardous and of low value. Malaysia, taking its cue from China, has announced a complete ban on plastic waste imports within three years.

The importance of transparency in the movement of waste

The amendment has also placed a spotlight on the importance of tracking waste from its point of collection, to its secondary and final treatment site. Don’t Waste has specifically developed systems, that records the treatment and destination for each and every waste grade generated from a client. We further have the ability to conduct Life Cycle Assessments (LCA) of waste streams in order to determine the full impact on the environment.

Jim Puckett, Executive Director of the Basel Action Network, summarized the global waste trade succinctly: “There can be no excuse for using the developing world as the dumping ground for the toxic effluent of the affluent.” The amendment of the Basel Convention is the first stepping stone towards a cleaner environment for all nations. It has now changed the narrative that waste cannot be simply exported away, for other poorer nations to deal with.